This unique 672- acre piece of land called “La Vinata” is located inside of the Cacaxtla Natural Reserve near Mazatlan, Sinaloa. The land has environmental and construction permits ready as well as water and electricity available in order to develop the first stage of a touristic – residential complex consisting of 1021 residential lots, a hotel site, a golf course and 2 commercial parcels.

The land offers many extra benefits to its future owner such as access to a fabulous estuary (which has the potential to be converted to a private marina), miles of a pristine beach and the international highway 15. In addition, part of the land has a hilly landscape, which provides breathtaking panoramic views of the ocean and the beautiful tropical vegetation of the Cacaxtla Natural Reserve.

The Vinata’s location is second to none. In addition to having two international airports and the tourist port of Mazatlan within easy reach, the area has also numerous tourist attractions as well as commercial and industrial projects that give added value to the land and its future development.

Tourist attractions near La Vinata include the following:

– Mazatlan – a great tourist destination with beautiful beaches, a beachfront boardwalk (the Malecon) and a vibrant Historic Center; Mazatlan is in the top 5 of the most competitive cities in Mexico according to the Mexican Institute of Competitiveness and for the third time it was named the best tourist destination in Mexico and Central America according to the Word Travel Awards.

– Pueblo de Barras de Piaxtla – a small fishing village located 10 minutes north of La Vinata; it has one of the few lighthouses in Sinaloa and is a popular destination for eco-tourism, fishing and water sports such as surfing.

– Cacaxtla Natural Reserve is comprised of more than 125,000 acres and is one of the largest and most diverse protected ecosystems in Mexico. The reserve is home to a wide variety of flora and fauna, including hundreds of types of birds, reptiles, amphibians and other animals of the region.

– The Aerospace Park – with an area of 494 acres, once completed, it will be the first industrial complex with a private, mixed-use airfield in Latin America.

– The Industrial Port (part of the T-MEC project) – Mazatlan’s new cargo port is in the planning stage. It will be built between Marmol and Dimas (near La Vinata), as part of the T-MEC Corridor which will facilitate the transportation of goods between Europe, North America ,and Asia.

– Mazatlan – Durango Super Highway – built in 2013, the highway is composed of 115 structures and 61 tunnels linking the Pacific and the Gulf of Mexico, directly connecting the states of Sinaloa, Durango, Coahuila, Nuevo León, and Tamaulipas, thus consolidating the Mazatlán-Matamoros interoceanic corridor and linking the Asia-Pacific, NAFTA, and European markets.

La Vinata is an excellent location for an eco-tourism project, a mega resort or a horizontal project aimed at the national and international markets.

Request the investor package and a tour today!

This magnificent 10,000 m2 lot is located in the… More Details

HOT PRICE! 15% OFF! DEVELOPER OPPORTUNITY! Are you looking… More Details

Commercial-residential building in the heart of the Historic Center – OPPORTUNITY! 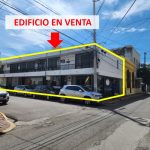 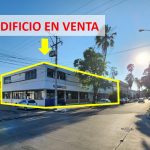 Commercial building with warehouses and offices close to the Port and the Historic Center
Invest Mazatlán
Open chat
Powered by
¡Hola! ¿En qué podemos ayudarle? /
Hello! How can we help you?